Mandatory Out of State Quarantine Extended Through July 31 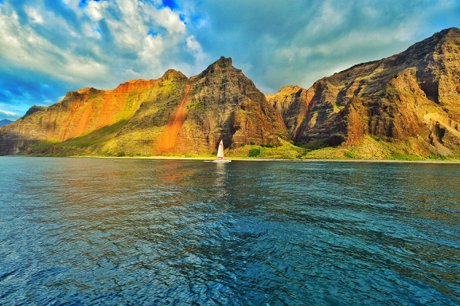 Out of state visitors will have to wait until at least August, as Hawaii has extended its mandatory 14-day quarantine through the end of July. The news has been greeted with mix results, as expected. The absence of tourism is very good for the overall health of the islands, but also very difficult for those who work in tourism. Some business leaders have been frustrated by the lack of a clear plan about when tourism will open - you can’t plan without a plan. But for now, the State appears content operating on a month-by-month basis, which, to be fair, also makes sense given the uncertain nature of things.
Hawaii’s government said that “safe routes” are being considered as a potential option upon reopening. That is, that tourism could restart in stages, with only specific “safe routes” being able to fly to the islands - for example, places such as New Zealand, which has reported zero cases. “The trouble for us is the novel coronavirus is spreading around the world, and we’re at different stages within the U.S. and around the world,” Ige said. Indeed, the coronavirus remains a moving target, and even “safe routes” could quickly become “unsafe routes” in the blink of an eye if new cases emerge. For now, cancel any travel plans you may have been envisioning for July, and keep an eye out to see what August might bring.