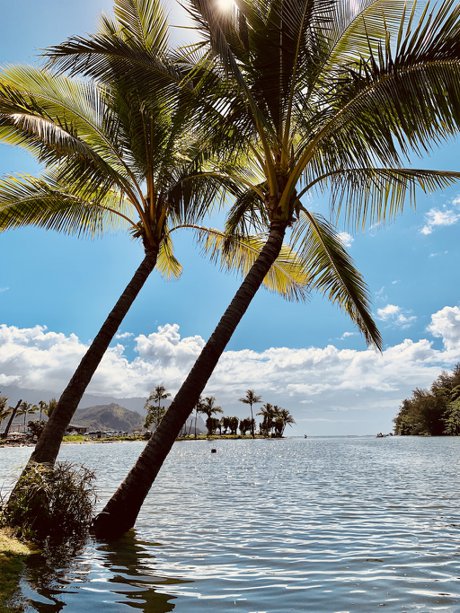 Hawaii State officials will postpone a plan to permit tourists to travel to Hawai‘i if they obtain a negative test for COVID-19 within 72 hours of departure for at least 30 days, until Sept. 1. The announcement was made Monday by Gov. David Ige, apparently bowing to increasing pressure from the state’s four mayors, doctors and the public to put off the option for tourists to come to Hawai‘i if they test negative or, if they decline to take a test, accept a 14-day quarantine after they arrive. At a news conference, Ige also said Hawai‘i schools are still on track to reopen on Aug. 4, utilizing a so-called “blended” approach mixing in-person instruction and distance learning. He said delaying allowing tourists to come to the state based on a single negative COVID test would avoid having the new tourism standards and reopening of schools occur during the same week. “We obviously are talking to the mayors and (the Department of Education) about whether it’s safe to reopen the schools,” Ige said. “At this point, we do believe it is safe.” Eliminating the testing option will leave in place the mandatory quarantine for all tourists, as well as residents who travel outside the state and return. Ige’s decision came after more than a week of growing controversy over whether the state is ready for tourists who would avoid quarantine entirely. Reaction to Ige’s announcement was swift. Mark Perriello, president of the Kaua‘i Chamber of Commerce, said, “the state and counties must recognize the tremendous sacrifice that our small businesses are making in order to help safeguard the health of Hawai‘i’s residents.” Kaua‘i Mayor Derek S.K. Kawakami, in a statement after the announcement said, “The governor and his team put together a good plan but unfortunately, circumstances on the mainland changed drastically these past few weeks and I believe the governor made the right decision. Quite frankly, now is not the time for leisurely travel. And if you absolutely must travel, you need to quarantine for 14 days.” The governor acknowledged that the postponement of the new tourism rules would increase already significant economic hardship throughout the islands. He said the ramifications for people and their families meant it was “not a simple decision. “Our economy has suffered. This will make our economic recovery more challenging, but your health and safety comes first. I know these are difficult times. I am confident that, together, we will prevail.” There was also concern within the medical community. Dr. Lee Evslin, an organizer of an ad hoc committee of doctors and community leaders that has been pressing for a requirement for not just one, but two COVID tests, separated by a mandatory six-day quarantine, said “I am glad it has been delayed. I think it is the only choice at this time. “I remain very worried that the current plan for reopening, whenever it happens, will not provide enough safety.” Ige said the change in policy was necessitated by the explosive growth of COVID cases on the mainland, especially in California, Arizona, Texas and Florida. A second factor, Ige said, was the abrupt decision by a leading manufacturer or COVID testing reagents to strip Hawaii of half the supply the state was receiving so the chemicals can be reallocated to more severely affected states, like California. “We have always said we will make decisions based on the health and safety of our community as our highest priority,” Ige said. “On the mainland, we continue to see uncontrolled outbreaks and surges. We do not believe that will change significantly by Aug. 1.” Ige made the decision after at least three virtual meetings with the state’s four mayors last week at which the mayors urged delay. Despite the governor’s announcement, American Airlines confirmed it still plans to restart nonstop service to Lihue from at least Los Angeles that day. United Airlines did not respond to requests for comment. Alaska Airlines, whose flight schedules showed on Monday that it, too, would resume nonstop service to Lihu‘e from as many as three airports on Aug. 1 said its plans were being “reevaluated.” Southwest Airlines, which has been flying to Lihu‘e through Honolulu for several weeks, said, “we don’t have any updates specific to our Hawaii schedule.” Delta Airlines did not respond; Hawaiian Airlines said it would be “scaling back” its previously announced plans to resume service from the mainland in the wake of Ige’s announcement. Resumption of direct flights from the mainland to Lihu‘e could substantially increase the number of tourists flooding the island. Ige said the COVID testing system in Hawai‘i was unexpectedly thrown into chaos last week by Roche Diagnostics’ withdrawal of half the state’s supply of testing reagents. He said tests processed in Hawai‘i can return results within 24 to 48 hours, but if testing samples have to be sent to the mainland, the turnaround time can be between five and 10 days—so long that test results might be useless to public officials trying to track active cases.