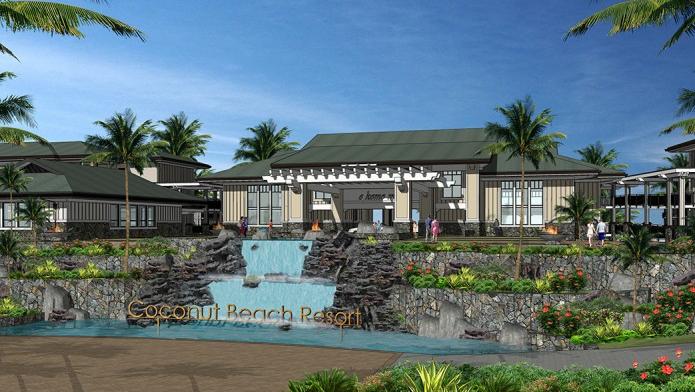 21 Acres of entitled beachfront property has been purchased by a development team with both mainland and oversea investors who plan on building a 326 unit time share with six hotel units.

The “Coconut Beach Resort” site in Kapa’a is situated between the Courtyard by Marriott Kauai at Coconut Beach Hotel and Kauai Coast Resort at the Beachboy.

The plan calls for a series of interconnected buildings, ranging from two-, three- to four-stories. Site grading should commence later this summer, with vertical construction work to begin in March or April of next year.

RIM Architects has done the design, but a general contractor has yet to be chosen for the development, which is expected to create hundreds of construction jobs and 225 permanent jobs.

A representative for the developed anticipates the new endeavor will be one of the two larger time-share products coming on the market and indicated shared ownership is strong and showing no signs of slowing down.

Kauai's time-share market is made up of more than 2,700 units, the majority of which are two-bedroom units.