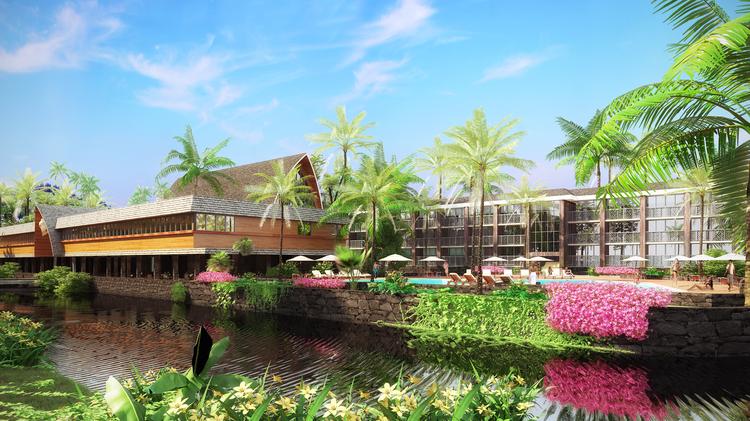 The developers looking to rebuild the historic Coco Palms Resort into the Hyatt branded “Unbound Collection” have a Monday, May 2 deadline to show county officials progress made on the project.

Coco Palms Hui LLC went before the Kauai County Planning Commission this past Tuesday to present an update on the East-side Kauai project. Since the funding for the $135 million development isn’t expected to be finalized until Monday, the extension of the hearing was granted. During Monday’s hearing, the county could make a decision to either change or terminate Coco Palms Hui’s permits for the project.

In August, Kauai County officials released the first set of permits needed to begin demolition work on the resort, which has been closed since Hurricane Iniki severely damaged the property in 1992. The state Historic Preservation Division also officially verified that Coco Palms Hui had satisfied all of its requirements, paving the way for building and demolition permits to be released to the firm.

The permits gave Coco Palms Hui six months to complete the demolition work, which was a February deadline, although the county gave additional deadlines through April.

The new 350 rooms resort would include 273 hotel rooms and 77 suites within the hotel’s existing footprint. Developers have stated a 2018 opening date.